Do you use Font Awesome? I have used Font Awesome on my development projects. When you depend on a library, framework or font, you eventually need to upgrade to the latest version. Upgrades don’t always go smoothly. Font Awesome recently released their 5.0 version. 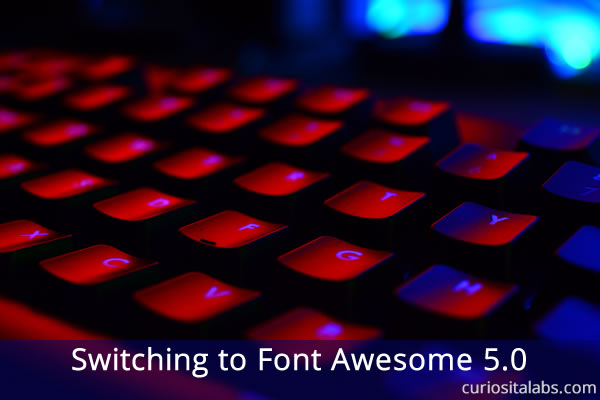 How do you switch to the new version?

Before beginning, I looked at their getting started page. By looking at their documentation, I saw that they have different options for using Font Awesome 5.0. I chose the option that worked best for my project.

Updating my project with 5.0

Originally, my Bootstrap template used it as a web font. For the update, I chose to use the same method. They recommend to use their free CDN.

Without the new names, the icons don’t show. I got a little box with text in it. Once I changed to the new naming convention, fab, my social media brand icons displayed.

After fixing the social media icons, I switched the other icons to match their new naming convention.

Switching to 5.0 was easy. Not all upgrades you smoothly. Sometimes you spend hours trying to figure out what went wrong. Not this time. A few quick switches and my template look good.